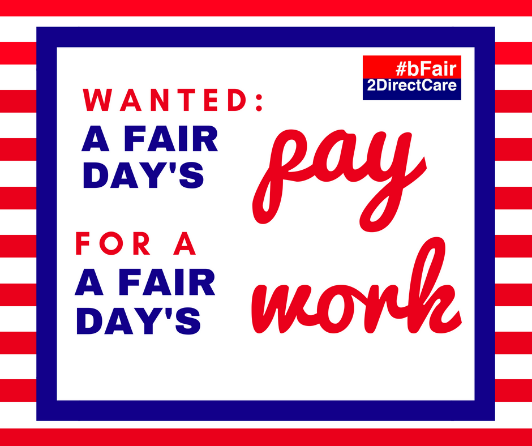 Republicans in the State Assembly released their 10-point budget priorities including the permanency of the property tax cap, increased funds for streets, highways, libraries and tuition subsidies as well as funding for the #bFair2DirectCare campaign’s living wage request.

Assembly Minority Leader, Brian Kolb, and members of the Republican conference have been staunch supporters of the #bFair2DirectCare Campaign and the coalition will continue to work with those legislators and their counterparts in the majority to ensure that the funds are in the final 2019-2020 State Budget.

A rally will be held in the State Capitol on March 25th to continue to raise awareness of the importance of the campaign and the need for the next round of funds to be included in the State Budget. For more information, go to the #bFair2DirectCare website: http://www.bfair2directcare.com